Audio over IP was a technology that had started to gain traction in the audio world. In simple terms it was a method of taking large audio setups, like a huge front of house desk with miles of different cables running out of it, and turning that in to a single CAT5 ethernet cable connected over a network. The potential was massive and Focusrite led the way. At this time Focusrite’s higher end products remained under the Focusrite brand but that brand was now catering to someone looking at spending £99 on their first interface for their bedroom setup. A few clicks away they’d be looking at an interface with enough inputs to be found in Abbey Road (which is worth pointing out, they actually are found there). The opposite was true too, clients looking to invest thousands in a new audio equipment would be equally confused why the same company made a £99 unit. It wasn’t ideal when driving traffic to a site with such a broad price point offering and a tone of voice that went from talking to a beginner to a seasoned professional.

Focusrite Pro was created. A division of Focusrite where the higher end products could be separated away and occupy a space where clients felt they were going to be led to the solution they need. This wasn’t a branding project that required fussiness and flamboyant design, the target customer was entering a long and considered purchase funnel. Information had to be clearly presented, typography and type hierarchy styling dominated the early design decisions. The colour palette was drawn from the product ranges, that gave us a strong red and blue as our lead colours and blacks, greys and yellow to support them. 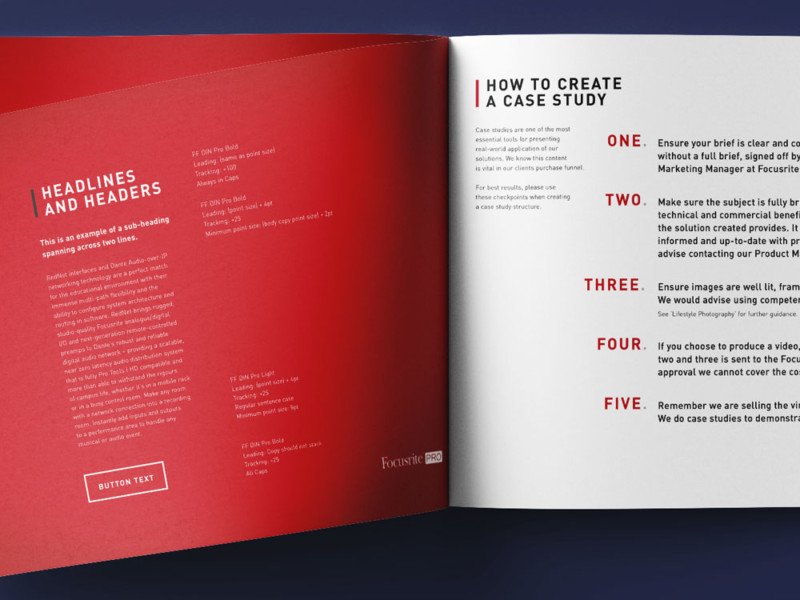 With the majority of Focusrite Pro team lacking any design skills we were very detailed and prescriptive with our guidance. 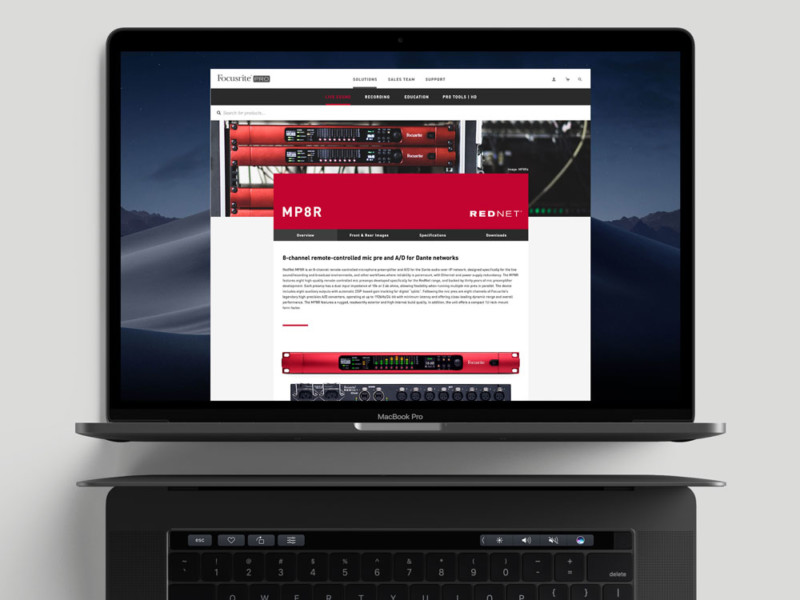 The website. A vital resource in the purchase funnel, it had to be presented in an easily navigable and information rich manner. When purchase decisions can take up to 6 months requiring multiple stakeholders involvement, presenting the information easily and in an accessible way for tender documents to be created was critical.

More focus was put on the user of these higher end audio solutions and better quality images lead that drive. In this example we see Neil Davidage from Massive Attack, in his studio discussing the processes he uses. Photo by Simon Peacock. 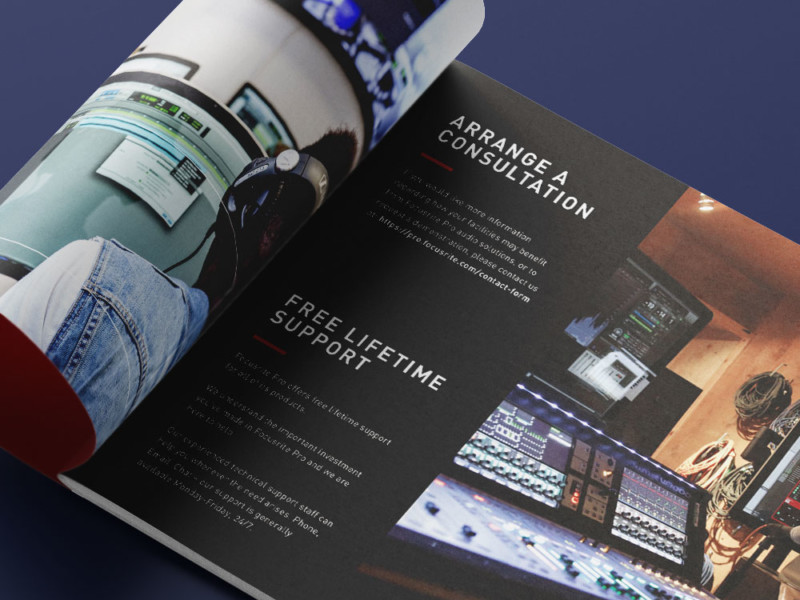 Printed material is a vital part of the Sales teams arsenal when meeting potential clients. Here we have a dedicated brochure for the Education market. 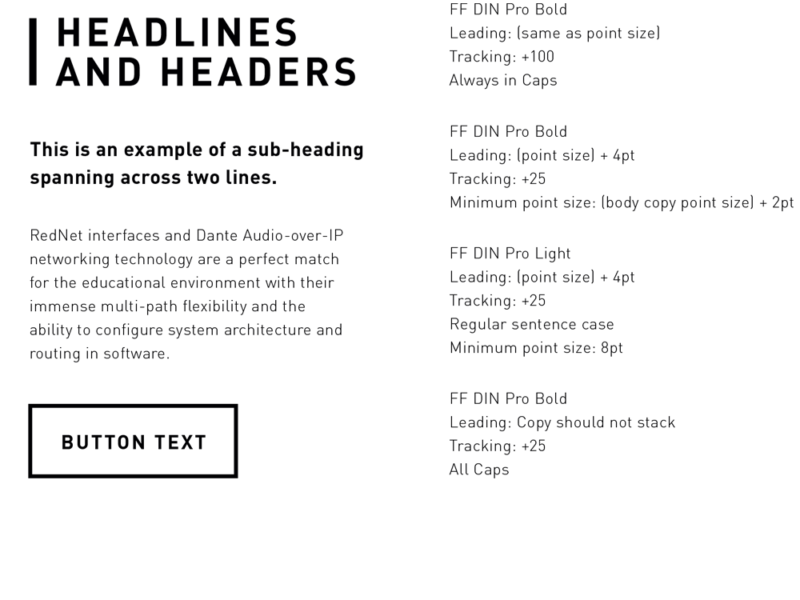 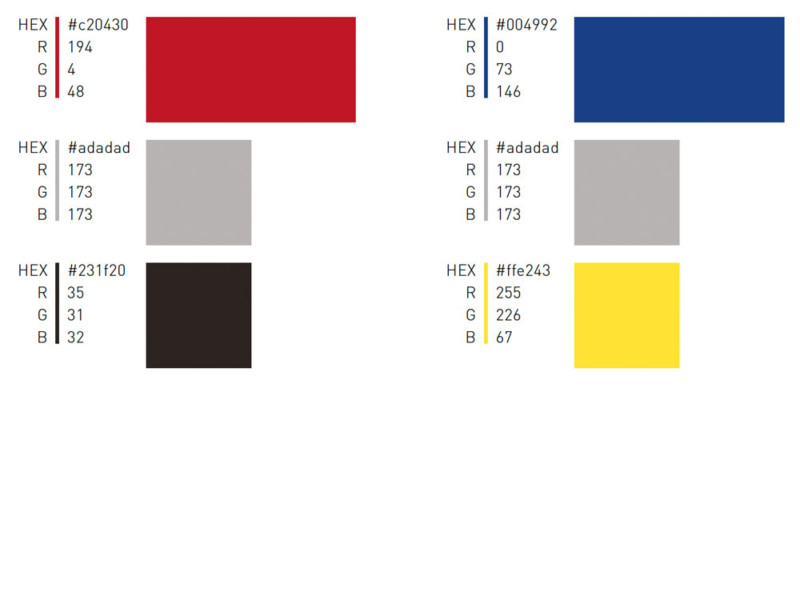 "Whilst rules are meant to be broken, these ones aren’t."